Each domain should have a number of DNS records that define, among others, how website and email traffic are routed. This article looks at the most common DNS records. 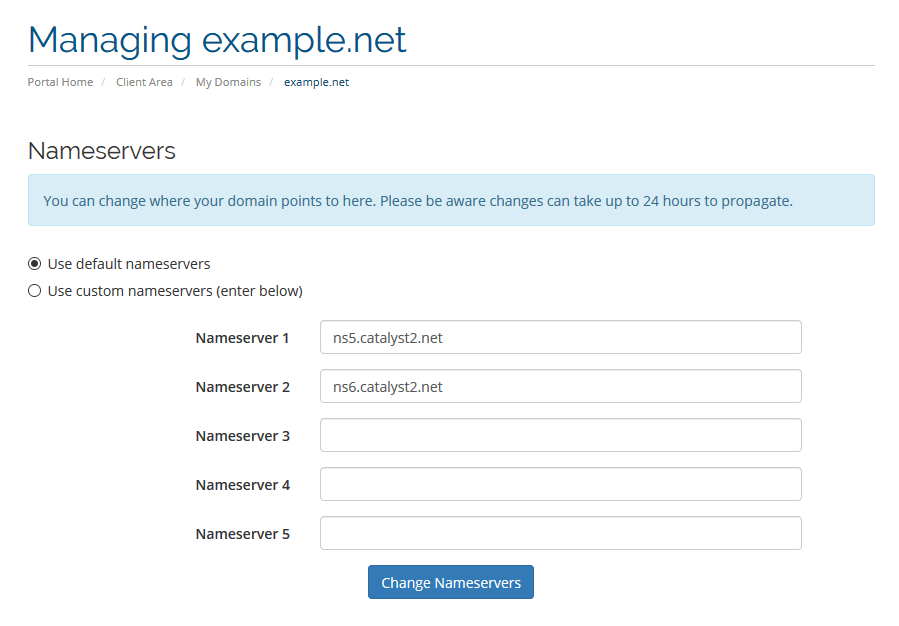 Note: Like all DNS changes, it can take up to 24 hours for a change of name servers to fully propagate.

A and AAAA records

The DNS records we will discuss next can all be viewed and edited via your hosting control panel. In cPanel, you can manage the DNS records for your domain as follows: 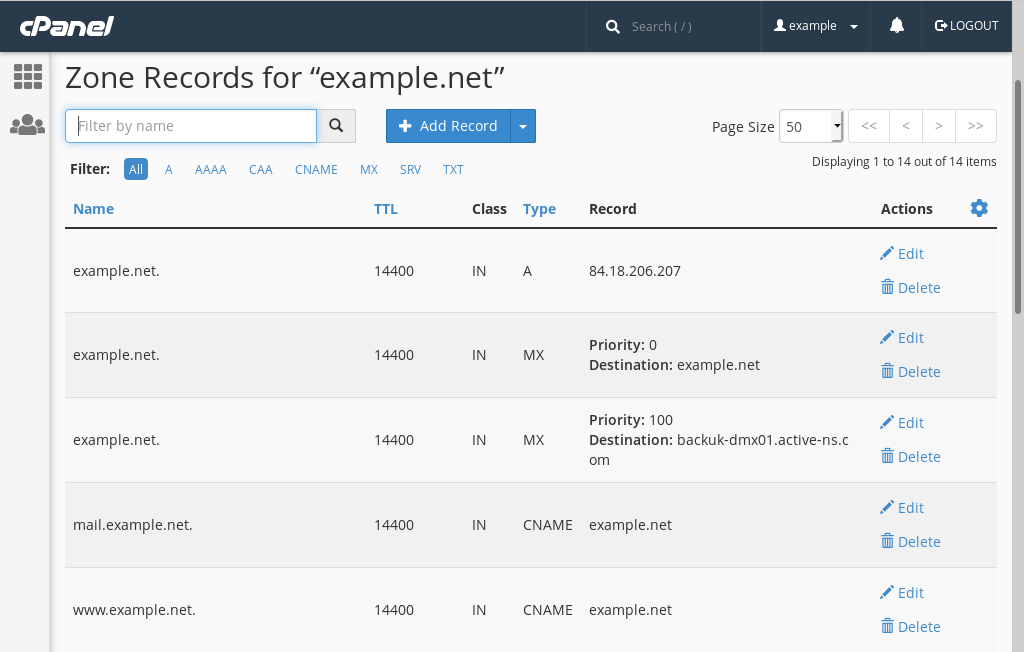 The first record shown in the above image is the main A record for the domain example.net:

A records for subdomains

As an eagle-eyed reader you may have noticed that there is full stop at the end of the domain name (“example.net.”). The trailing dot indicates that the name is a “fully qualified domain name”. This is the opposite of a “relative” domain name, which we will look at now.

If you look at the DNS zone for your domain you are likely to see more than one A record. For instance, there may also be A records for cpanel and webmail.

It is usually easier to enter the full domain. The following records are in effect identical to the records in the previous example:

Canonical name (CNAME) records define an alias (they point a domain to another domain). This is useful if you got lots of A records pointing to the same IP address.

In the last example we had three A records that all pointed to the IP address 84.18.206.207. We can make our DNS zone a little tidier by converting A records for subdomains to CNAME records:

CNAME records can also point to an external domain. This is commonly used by third-party services. The below example shows three CNAME records used by Office 365 (note: this is purely an example – the actual Office 365 records you need to add may be different):

Mail exchange (MX) records define where mail for your domain should be routed to. In the following example the MX record is much like the CNAME records we created for our subdomains:

The MX record for example.net simply points to example.net, which means that both the website and email are hosted at 84.18.206.207.

You don’t need more than one MX record but it is useful to have multiple records. It is commonly used for load balancing and as a fall-back solution. If you got a Linux hosting package with us you probably have two MX records:

The second MX record in the above example points to one of our fall-back servers. The MX record has a higher priority number which, confusingly, means that it has a lower priority.

Incoming emails for example.net are now routed to the spam filter (which in turn delivers emails that are not marked as spam to your inbox).

In the above example both MX records have the same priority (10). This is an example of load balancing: because the priority values are equal incoming emails may be routed to either mail server, which spreads the work load.

Similarly, if you use G Suite for your email your MX records should be be as follows:

If your email is hosted elsewhere you may need to check if your domain’s email router is set up correctly. You find this option in cPanel by selecting Email Routing. 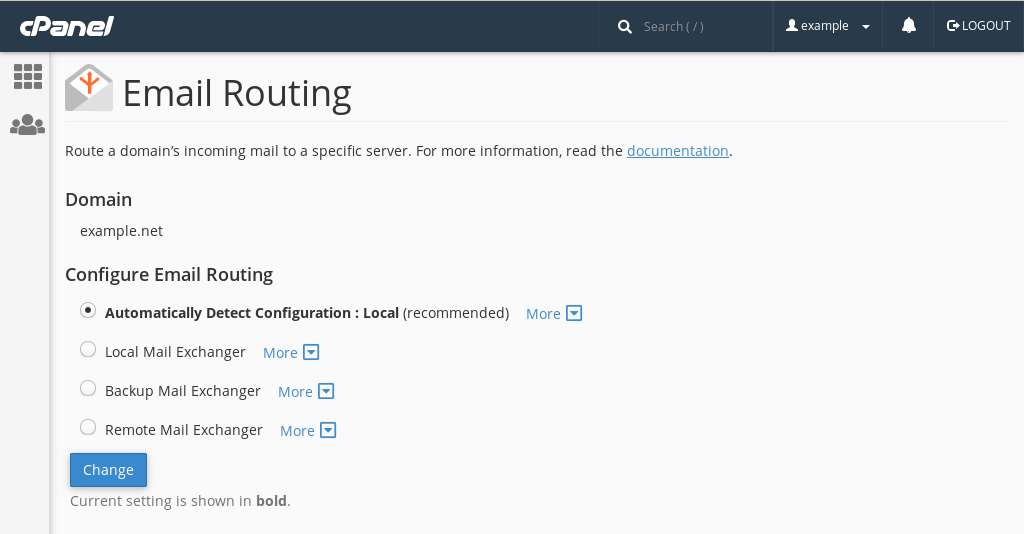 By default, the router is set to Automatically Detect Configuration. This is usually fine, but it can cause issues. In particular, if both the DNS and mail for your domain are managed elsewhere then it is important that the email router is set to “remote”. Of course, we are happy to troubleshoot any mail delivery issues you may encounter.

TXT records provide arbitrary text values for your domain name. If you got one of our hosting plans then you should see at least two TXT records: an SPF and DKIM record. Both are used to prevent email spoofing and make it less likely that your emails are marked as spam. You can learn more about these records on the SPF Records and DKIM records pages.

TXT records are also commonly used by third party services that need to verify if you control a domain name. Such services may ask you to add records like these:

In the first example we added a TXT record for example.net and in the second we added a record for verifycode.example.net. It is worth noting that the ‘verifycode’ subdomain doesn’t have to exist – the value of the TXT record can still be retrieved via a DNS query.