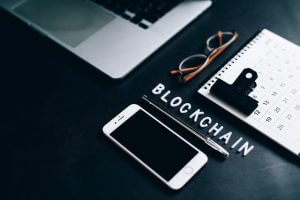 Media personalities and tech gurus are now talking about the next evolution of the internet, dubbed web 3.0. But what exactly is it?

In this post, you’ll find out. We discuss how web 3.0 relates to previous iterations of the web and how it will impact practically everything that you do online, from shopping to work.

Web 1.0 began with the founding of the internet in the mid-1990s. The idea back then was to democratise information and put libraries online. Unfortunately, things didn’t go to plan. Navigating all the information users uploaded was tricky and, before search engines, you had to know the address of the specific website that you wanted to visit – not ideal.

This all changed with web 2.0, which emerged in the early 2000s. Big internet companies, such as Facebook, Amazon and Google, all made it easier to connect and transact online (plus find what you wanted).

Web 3.0 – also called Web3 – takes this concept to the next level. The goal is to make using the internet even more seamless and secure by decentralising it.

The primary benefit of web 3.0 has to do with how you log into your online accounts. Instead of entering passwords for each individual platform you use, you’ll have a single blockchain-enabled identity that you can use across every platform. It’ll be your unique digital ID, similar to your passport, but a heck of a lot more secure.

Given the recent security issues surrounding leaked passwords and data breaches, people are understandably excited about the prospect of web 3.0. Users and firms are desperate for solutions that will allow them to connect to the internet without taking risks every time they do.

What’s more, web 3.0 will lead to a rebalancing of online power. Right now, tech giants set the rules for the internet, not the individual users, leading to censorship and de-platforming, stifling conversation and trampling freedom. Web 3.0 is a way of returning to a form of democracy or user power that dominated web 1.0 but greatly enhanced security and usability.

For instance, blockchain will allow users to control what data they release to platforms like Google and Facebook, and how much they charge. Large internet platforms will cease to be the overlords they are today and we will see new marketplaces that offer consumers a better deal.

The critical enabling technology for web 3.0 is the blockchain – the network-enabled technology that makes NFTs and cryptocurrencies possible. It serves as an immutable ledger containing information about each individual in the network. It’s great because it lets users have a single, personalised account with which to browse the internet. Under a web 3.0 architecture, they can simply log in as themselves and then transact with anyone, without having to remember additional passwords or login details.

To the average user trained in the web 2.0 paradigm, this all seems like black magic. However, it really works. With blockchain-based technologies, the internet could reinvent itself by being both more convenient and secure at the same time.

Whether we see web 3.0 emerge depends on whether users are willing to take up blockchain-based identities en masse. Given the current convenience of the web, that might be a hard sell. What’s more, explaining web 3.0 isn’t easy. Blockchain is such a weird and alien concept that most people don’t actually understand it – even so-called experts.

However, given the benefits it offers, it is hard to imagine that it won’t emerge eventually. Web 3.0 might be a hard sell, but once users see the advantages, they’ll start using it.