What are VPNs and why are they important? 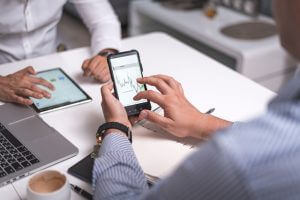 Virtual private networks are essential tools for anyone who values their privacy and security online. Whether you want to prevent your ISP from looking at what you’re doing online or you want to ensure your connection is secure when using public Wi-Fi, VPNs have a lot to offer.

What is a VPN?

Usually, when a device connects to the internet, it directly communicates with online servers. So, for example, if you load a website on your laptop, your internet browser converts the URL into an IP address and then connects to the server associated with that IP address.

A VPN consists of an encrypted communications tunnel and an intermediary server. When you connect to the internet through a VPN, your device sends encrypted instructions to a VPN server. It is then this server that connects to and communicates with the wider internet. The result is that the websites and online services you connect to see the IP address of the VPN server you use, not your device.

What are the benefits of using a VPN?

VPNs greatly improve user’s online privacy and security. All your communications with the VPN server are encrypted, so they can’t be intercepted and read by anyone else. Public Wi-Fi networks often feature little to no security, and intercepting traffic passing through them is trivial for anyone with the right tools.

Another advantage of using a VPN is the ability to change your apparent location. For example, if you connect to Netflix from the UK via a VPN server located in the USA, Netflix will think you are connecting from the USA. VPNs can therefore enable users to circumvent geographical region blocking and access content and services that usually aren’t available to users in their country.

VPNs are also essential tools for businesses. Many businesses require their remote working staff to connect to their corporate network through a VPN. This requirement ensures that any sensitive data passed between their staff’s devices and their corporate servers is secure and encrypted.

Also known as network-based VPNs, site-to-site VPNs connect two networks together. Many organisations utilise site-to-site VPNs to create a secure internet connection for private traffic. For example, businesses that want to connect offices in different geographic locations can link their networks with a site-to-site VPN. These networks can similarly be linked with the main corporate network, meaning it all behaves as one contiguous network.

Organisations using site-to-site VPNs need to configure their own endpoints, the devices responsible for encapsulating and de-encapsulating the encrypted data that passes through the network. They also need to decide what authentication method to use and set the rules governing how traffic flows through the encryption tunnel.

Client-based VPNs are the type that most people are familiar with. These VPNs enable users to connect to remote networks via an application on their device. This application automatically establishes an encrypted communications tunnel with the VPN server and handles all the configurations. All the user needs to do is launch the application on their device and log in using their credentials, making this the most user-friendly type of VPN.

Client-based VPNs account for the vast majority of VPNs people use on their personal devices, but they are less common in corporate contexts, where businesses often want a greater degree of control over who can access what and how they access it.

VPNs provide a simple way of enhancing privacy and security for internet users and keeping corporate networks safe. Anyone who regularly connects to the internet via public Wi-Fi networks should consider installing a VPN to protect their data, especially if they are connecting to a business network or sending other sensitive personal information over the network.

Do you have any VPN requirements? Please feel free to contact us and we can advise.