Libra Coin: What is it and how does it work 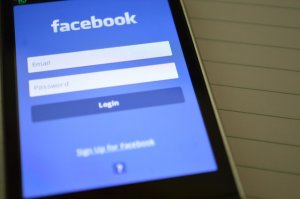 Facebook’s first attempt at cornering the cryptocurrency market has finally been revealed. Sending Bitcoin soaring to new heights of £10,000, Libra enters an already corded market that carries a degree of volatility that the normally pragmatic and calculating Facebook are supremely unfamiliar with.

So, what is Libra coin and how will it work for those that choose to use it?

What is Libra Coin

Described as “faster, cheaper, and more reliable”  Libra is a cryptocurrency that is set to launch in the Q2 2020 and will allow for financial transaction over Fakebook’s suite of social media programs.

But this is not a solo effort.

The initiative has the backing of over 27 separate financial and commerce firms such as Mastercard, Uber, Spotify and more. This has a basis on the blockchain technologies used by other cryptocurrencies, allowing for a distributed ledger that is free of interference and is highly secure.

How does it work

As mentioned, Libra uses blockchain to integrate with your online wallet and social media platform, allowing users with no previous bank account to store, take, and make digital payments. For Facebook, this means that it can potentially empower those that are disenfranchised or have no means to access a conventional bank account, such as women in developing nations or those that may otherwise be intimidated by or distrustful of banks.

While Facebook are playing their cards close to their chest when it comes to their long-term plans, they have detailed how your Libra currency can be shared and managed. However, this will not allow your currency to be withdrawn as physical cash, with Libra remaining digital-only for the near future and seemingly far beyond.

From launch, Libra will be able to accessed through Facebook’s chat platforms and the company has announced plans for physical points where users can manage their crypto as they need to.

This sits at a half-way house for the current state of cryptocurrencies, which were specially created to allow users to trade currency without having to go through banks or other financial institutions.

Any currency will be held in your unique digital wallet called a ‘calibra’ that can then be used in designated stores and will be embedded in chat programs such as WhatsApp or Facebook messenger.

What else do we know?

For many observers, Libra points the way towards Facebook’s true goal of utilising their comprehensive catalogue of user information to efficiently onboard individuals to the Libra system.

While opening a bank account is easy, Facebook’s integrated structure (that already allows for the storing of integrated payment information) means that it is a small leap for its users to buy into Libra and begin converting their conventional currency to a digital format on the platform.

While conventional Blockchain is permissionless, thanks to a distributed ledger, Libra is strictly permissioned. This means that only a few ‘trusted entities’ are able to access and review the ledger. While coins are stored in wallets, this currency is not as decentralised as other conventional crypto formats such as Bitcoin or Ethereum. At its core, Facebook controls the methods and means with which users interact with Libra.

While this means that it is potentially more stable than conventional Bitcoin, critics are already to start accusing it of being a more convenient way to move your money around straight out of the gate.

However, the real kicker is how the company proposes to handle digital fraud.

With repeated breaches of sensitive user data taking place on the platform, there is still no guarantee from Facebook about how they will handle misuse of your Libria wallet; making it a key point of concern for any and all future users.