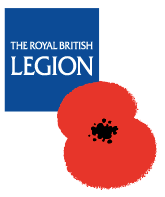 Catalyst2 provide managed hosting for The Royal British Legion and Poppy Appeal websites. We worked closely alongside the Web Development agency – Plan9, to prepare and manage the hosting for the 2011 Poppy Appeal and now the 2012 Poppy Appeal. Having worked with Plan9 before, they had been impressed with our  advanced VMware managed hosting platform, and the flexibility it could provide to such a high profile site.

The sites had existed on a single physical server with another supplier and had struggled. The Royal British Legion were therefore looking for innovation around a scalable solution that could handle the load more effectively and an affordable price. Predicted numbers were given and we built the system to cope with traffic well in excess of this to help manage any spikes in demand from TV and online exposure. The final load ended up being double the predicted volume of users and the site performed perfectly throughout. Thanks to the dynamic nature of our VMware platform we could quickly scale the resources as Remembrance Day approached, ensuring the Legion paid for only the resources required, providing a very cost effective solution with the minimum of waste.

We worked closely with Plan9 to load test and tune the platform to ensure the site was fast and stable throughout the event in 2011. With this year’s appeal expecting even more visitors, we have performed additional load testing to ensure any additional demand can be allocated. We moved beyond just the physical hosting to work with Plan9 on caching aspects of the site as they improved its performance for 2012.

The site was also closely monitored to pick up on any service issues and to help track the amount of traffic on the site, alerting our staff to any potential issues and allowing us to scale resources as the site visitors increased.

The site experienced double the predicted traffic in the lead up to 11 November last year and due to the platform provided stood solid throughout the campaign, compared to the previous platform which suffered problems even at this lower level of traffic.

Our overall ‘hands-on’ approach to this project, and working closely with Plan9 allowed us to understand and deal with the potential issues before they occurred, something that would have been missed with a more ‘generic’ platform or hosting offering. We are very pleased to be hosting The Royal British Legion site again for this year’s Poppy Appeal.