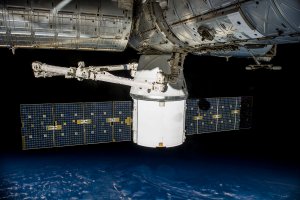 Global satellite internet has long been a dream of those who want a world that offers up true internet equality, and now, thanks to Japanese investment, that likelihood of that dream being fulfilled has taken a giant leap forward.

The hugely ambitious plan, which aims to provide everyone across the globe with satellite internet, has seemed like a pipe dream for years but now Japanese bank Softbank Corp have stepped in to fund OneWeb to the tune of $1 billion. OneWeb is a satellite company that was formed by entrepreneur Greg Wyler. The deal will see Softbank own 40% of the company, which is aiming to launch more than 640 satellites in 2019. Those satellites will continually circle the earth at a height of just a few hundred kilometres above the surface.

The 640 satellites will see the amount of satellites currently in orbit double, a feat which would be unprecedented. It’s worth bearing in mind, however, that this isn’t the first time this has been attempted. The technology behind building the hardware and the network sent a few technology firms into bankruptcy at the turn of the century.

The closeness of the satellites to the Earth’s surface is in stark contrast to those owned by existing satellite companies. Those satellites orbit the earth tens of thousands of kilometres above the surface and although they are often large and expensive, the distance tends to result in lag times when dealing with data transmission. Technical advances since those satellites were launched have led to smaller components and more powerful batteries. Those enhancements mean that smaller satellites, closer to the earth’s surface, have now become a possibility. Whether or not OneWeb will win the race to provide global satellite internet remains to be seen.

The potential of global satellite internet hasn’t been lost on key competitors and it seems the key lies in making internet satellites a reliable provider of bandwidth. The battle isn’t just to do with making the satellites as reliable as possible however, satellite operators will have to deal with government regulation of the radio spectrum. The spectrum is used to send and receive signals which makes sure that they don’t interfere with other operators. Crucially OneWeb has first priority when it comes to the use of key spectrum which, for now at least, puts it at the front of the global satellite race.