What is load balancing and why is it used? 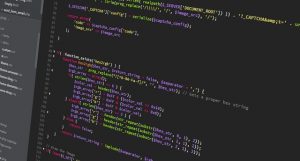 Load balancing is the process by which incoming network traffic is evenly distributed across back-end servers, also called server farm or server pool. The idea behind using load balancers is to reduce the strain on the servers, making them more efficient, increasing speed performance, and reducing latency.

A load balancer acts as the traffic police directing and distributing client requests across all servers to maximize speed and capacity utilization and ensure no server is overworked. The load balancer automatically redirects online traffic to other online servers if one server malfunctions or directs traffic to the newly loaded server.

Load balancers vary depending on their type of storage, the complexity of the balancer and their functionality. The different types of load balancers include:

Hardware load balancers are standalone pieces of hardware with installed load balancing software. They are usually deployed as a pair in case one hardware device malfunctions. They have inbuilt virtual capacities that allow multiple virtual load balancers to run efficiently.

Software load balancers run on virtual machines or white box servers integrated into application delivery controllers. They are more flexible than hardware-based balancers because they do not require a load-balancing device.

Load balancers use several techniques or methods to distribute and manage network loads. Different load balancing algorithms offer different benefits depending on your needs. Some of these algorithms include:

The round-robin algorithm is the easiest method of load balancing. It sequentially distributes requests through a group of available servers.

In this algorithm, a request from a user is routed to a server with less traffic. It is mainly used when there are uneven connections in the server pool.

In this algorithm, a request from a user is redirected to a server with a fast response time and has fewer connections.

The hash algorithm distributes user requests based on the designated user key, such as an IP address, a URL, or a port number. Hashing is applied on the key and directed to the preferred server; if a user comes back and requests again, that user request will be directed to the same server they used before with stored data from the previous request.

Load balancing helps businesses stay on top of their site traffic fluctuations to meet the user needs. Software load balances can automatically add or drop servers depending on the network traffic at that particular time.

Load balancing helps divert traffic from faulty servers, making it easier for developers to perform maintenance work without pulling the whole site down. It is also easier to perform software updates on passive servers and switch them back on once everything works fine.

It’s very common for servers to fail, but if the website is maintained on more than one server, it can reduce the downtime and limit the damage caused by one server. Load balancing automatically transfers network load to a working server if one fails; hence, it helps the business keep on running for some time.

Load balancing helps detect faulty servers and bypass them by distributing network load to less faulty ones. They can employ predictive analytics and fix potential network faults before they happen.

How can we help?

At Catalyst2, we offer quality services from hassle-free web hosting to our inbuilt domain checker with quality infrastructure to ensure you remain online no matter what happens to your business. Feel free to reach us on queries you might have on 0800 107 7979.