What is driving price rises in the technology industry? 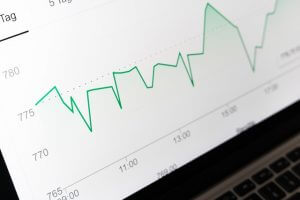 We’re used to falling prices (or deflation) in the technology sector. For at least the last thirty, prices for things like laptops, cameras, mobile phones and chipsets have come down tremendously.

Now, though, it seems that things are finally changing. 2021 was different from practically every other year on record. Prices went up across the board, shocking both businesses and consumers in the process.

As you might expect, multiple factors are driving these increases. Some are purely monetary while others have to do with events in the technology sector itself, and its response to the pandemic.

Famed economist Milton Friedman once quipped, “inflation is always and everywhere a monetary phenomenon.” What he meant by this was that the only reason prices rise in the long-term is because of increases in the money supply.

As the money supply increases, more dollars chase the same number of goods and services. Initially, price increases show up in assets, such as stocks or housing. But, eventually, they make their way through the economy. There is a general rebalancing going on, and the technology sector is seeing the same sort of price rises as we are seeing in other industries.

Originally, the hope was that demand would be low following reopening in the summer, giving chipmakers time to clear backlogged orders. However, that didn’t happen. Instead, companies resumed regular purchase quantities faster than the industry predicted, allowing demand to outstrip supply. As orders came in, the supply chain wasn’t able to keep pace.

Prices began to climb significantly in 2021. Entire industries, particularly the auto sector, were competing for a finite quantity of chips. When supply wasn’t adequate, many told their shareholders that they were cutting their production targets. Nissan says that it will slash its output by more than 500,000 vehicles in 2022.

Furthermore, because of the difficulty of bringing new semiconductor production facilities online (because of their immense size and cost), shortages are likely to persist. Deloitte says that many companies will be waiting 10 to 20 weeks for order fulfilment by the end of 2022.

Added to these factors are increasing energy costs. According to IEA research, gas, coal and electricity prices are hitting all-time highs. Rapid economic growth (the fastest globally in more than 80 years) is leading to massive increases in demand for energy-related commodities, combined with weaker-than-expected supply.

For the technology sector, this means higher server costs. Globally, data centres consume around 1 per cent of total energy output – equivalent to approximately 50 terawatts. They are needed for server loads, cooling and power provision systems, storage drives and networks. Any services based on servers, such as SaaS, therefore, will need to increase prices.

Lastly, Microsoft is also increasing prices. According to a recent press report, some businesses will see the cost of Office going up by more than 20 per cent unless they move to annual subscriptions.

Since such a large percentage of companies rely on Microsoft products, these price hikes can have a significant impact on inflation across the economy.

In summary, while it is a complex picture, it is clear that the technology sector is entering a rare period of inflation. Price rises are being driven by a combination of easy monetary policy and sector-specific supply and demand issues. What’s more, this doesn’t look like a flash in the pan: high prices might be here to stay.