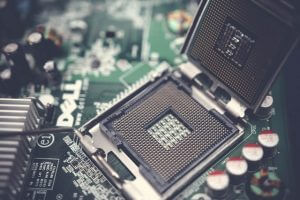 ertain types of chips, such as GPUs, have been in short supply for a long time – ever since the rise of cryptocurrency mining. However, now we’re seeing limitations hitting other parts of the market, affecting practically all semiconductors.

To outside observers, the causes of the current chip shortage seem mysterious. Shortages do happen on occasion, but usually, prices adjust and the market equilibrates.

This time around, though, that’s not happening. Lack of supply remains an entrenched issue, months after it first began.

It’s not without consequences, either. The current supply crisis is impacting entire industries. Nissan – the world’s ninth-largest car company – says that it will produce 500,000 fewer cars this year because of issues with chip supplies. Other affected automakers include Ford Motors, General Motors, Subaru, Toyota, and Fiat-Chrysler, all of which report that their output will fall.

And it’s not just the motor industry, either. Phone manufacturers, telecommunication companies, electronics manufacturers, and even shipping have all been affected.

There are three main drivers of the current chip shortage: the pandemic, massive demand and bad luck.

The first is perhaps the easiest to understand. When the pandemic struck, many factories that produce chips – primarily in the Far East – shut down production. Originally, the plan was to get them back to full operation and restore global supplies once the worst of COVID-19 was over.

However, that didn’t happen. During the early stages of the crisis, many client firms that had ordered chips cancelled them. In response, chipmakers cut back their production even further, leading to a temporary reduction in capacity.

However, the economy did not collapse in the way that many imagined. By the end of 2020, demand for chips was back to roughly where it was before the pandemic. And by the end of 2021, it was much higher.

Since the shutdowns of 2020, chip manufacturers have been struggling to churn out products at the rate demanded by the market. Many took fabrication plants offline in anticipation of worsening economic conditions ahead, compounding the problem that businesses now collectively face.

The second reason for the chip shortage is unanticipated demand. Many chipmakers underestimated the sheer number of products requiring chips in 2021. Today, semiconductors are in everything, from toothbrushes to dog collars, something that the industry didn’t foresee happening so soon.

Finally, there is an element of bad luck involved here too. Japan’s Renesas factory, responsible for around 30 per cent of global auto chip production, partially burned down in a fire. Another plant in Texas had to halt production because of storms rolling in from the Caribbean. There aren’t all that many chip production plants across the world, so when events conspire against any individual facility, it can jeopardise global supply.

Combined, these factors mean that chips are in short supply. Moreover, new production may take years to emerge. Building giant fabrication plants to take up the slack is a complex task, so higher prices may persist.

How is the shortage impacting prices?

As you might expect, chip shortages are leading to higher prices. The rise is considerable.

Naturally, the chip shortage is worrying. However, higher prices incentivise production. Therefore, fabricators, such as TSMC, will likely bring new plants online to meet demand. In turn, this will bring down prices, but only long-term. In the meantime, we will all have to wait.