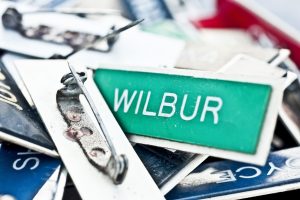 The US government has overseen the internet’s naming system for the past 20 years, but it has now ceded that power to the newly-independent Internet Corporation for Assigned Names and Numbers (ICANN) a non-profit organisation based in Los Angeles.

Domain naming, the pairing of easy-to-remember web addresses with their associated servers has been an important part of the governance of the internet. Without domain names, users would only be able to access websites with their IP addresses. The collation of these unique names and numbers all began with a UCLA graduate student, Jon Postel, in the very early days of the internet. So important was his function that he was nicknamed the “god of the internet.” In 1998, his role was taken over by ICANN and was overseen by the National Telecommunications and Information Administration (NTIA), part of the US’s Department of Commerce. They had the final say on all matters of naming, but very rarely intervened.

Some opponents worry that this will give too much power to ICANN and it could affect free speech. Former Republican Presidential hopeful, Senator Ted Cruz, has voiced objections. He worries that foreign governments like China and Russia might meddle with the internet. He, and others, note these countries do not have a First Amendment and are known for their censorship. However, those in favour of ICANN’s complete independence say that there are plenty of safeguards in place to prevent any government being able to intrude or exert undue influence. The “new” ICANN will be answerable to multiple stakeholders with a board comprising non-profit, business and academic leaders and an advisory panel with representatives from all global governments.

The effects of the change will be minimal for the average user. ICANN has effectively been doing this same job for many years, the only difference is that the NTIA will no longer be able to intervene. The US are relinquishing this control as an act of international diplomacy. Instead of one nation having governance, multiple stakeholders around the world will share control of this global asset.