The rise of AI – it’s not something that will surprise you! 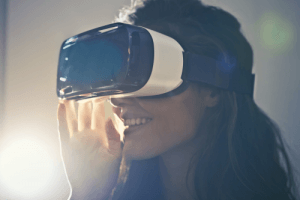 For many people, artificial intelligence is something that can seem straight from a sci-fi film. Many hear about it in the news and think that it is something abstract or for high-end uses. While it is used in these ways, it is also more common than you may think in our daily lives. Artificial intelligence is so intertwined with our lives now that it would actually be quite hard to do without it!

How AI has gradually taken over

Imagine you had gone to live on a desert island in 1980 and only just got back to civilisation in 2018. Your mind would be totally blown by the way society has changed and how computers perform many previously human functions. The power behind this ability is AI and the way it allows computers to function with the intelligence needed to perform these jobs.

But as someone who hadn’t, then you would not be surprised at all. All of us live with computers and AI every day and aren’t shocked by its rise. Why is this?

The key is both advances in technology and the gradual nature of this process. Computers have been getting more and more advanced each year to the point that they can now be programmed with useful AI to perform tasks. In the past, this was simply unheard of as the technology wasn’t there to allow it.

The key to not being surprised by all this is the incremental nature of the rise of AI over the years. Jobs and roles are taken over piece by piece by computers so it is barely noticeable. This explains why we are not surprised by AI and how much it now does in our society.

What is AI doing for us now?

AI plays a huge role in the way society functions now and this will only continue to grow in the future. Take driving for example. AI is now being used to power driverless cars, a task that would have been unthinkable even 5 years ago. Once more the gradual nature of this process and the fact it is reported in the media as normal makes it less than surprising to the general public.

Of course, there are plenty of other examples, from computers that play chess to voice recognition technology, spell-checking software and websites that find the cheapest airfare for you. All these and more are ways in which computer-driven AI is now common in our lives. Even if it does raise an eyebrow with people when first introduced, when it has been in use for a little while, it soon loses any surprise or novelty appeal.

Is there still place for humans?

Of course, all this talk of AI and computers taking over previously human tasks can worry some people. The rise of the machines can make some wonder if there is a place for humans still.

The simple answer is: Yes. Although AI is helping computers take over the difficult or mundane tasks that we used to have to do, it does not mean that we are redundant. It actually frees us up to be doing more important things and looking at new developments to work smarter or harder. It is possible for humans to add some value to their world but in a different, more insightful way than before.

AI – it won’t surprise you!

The key point of this blog was to show that AI isn’t scary and won’t surprise you. Its gradual rise over the years has seen it become a huge part of our lives, almost without anyone noticing. By the time you do, the AI technology is so normal and embedded that it is not something that you think twice about. What’s more, it is actually pretty handy for making our lives easier!