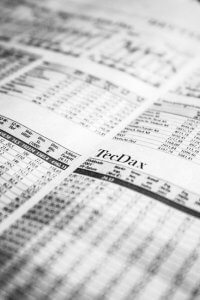 With the pound falling 18% in value against the dollar post-Brexit, it appears that Microsoft have joined the likes of Apple and Dell by increasing prices in the UK.

The move, which is likely to have a detrimental effect on thousands of UK-based businesses, will see Microsoft hike the cost of its products by 22%. The technology giant have stated that the price increase will come into effect from January 2017. Products as wide ranging as SQL Server, Microsoft Office and Windows are all expected to be hit by the rise.

The UK government has stated that it will ‘work to identify ways to mitigate any increases in price’. Exactly what the government will be in a position to do remains unclear, but Microsoft have sent a clear indication that post-Brexit Britain will hit businesses and consumers alike.

Effective from 1st January next year, Microsoft users in the UK are going to see a 13% rise in what they pay for enterprise software licence fees, along with a 22% hike in Microsoft’s cloud prices. The company’s reasoning pointed towards a policy of ‘harmonising pricing across the European Union’.

It’s worth noting that, for now, businesses will only see these price rises if they plan on buying from Microsoft directly. However it’s highly unlikely that any third party re-seller won’t adjust their prices to accommodate Microsoft’s announcement.

Unlike Apple, Microsoft have chosen to announce the changes. Apple have already increased the prices of signature products such as the iPhone and iPad without releasing a statement. In the US, Apple offered up the new version of the iPad Air 2 with its increased storage for the same price as its predecessor; here, however, the new version jumped £30 in price. Similarly, the iPhone 6S saw its successor jump £60 in price to £599, and again Apple failed to announce the new pricing structure before the phone hit the shelves. Microsoft will be hoping that its announcement will give businesses enough time to prepare and adjust to the news, rather than seeing businesses and consumers flock to competitors.