Paul Redpath nominated for Young Business Personality of the Year 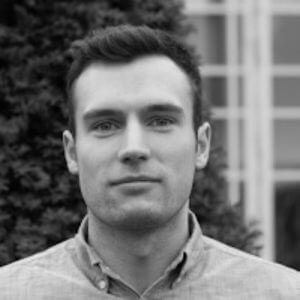 We are delighted to announce that catalyst2’s very own Paul Redpath has been shortlisted for Young Business Personality of the Year at the Business Eye First Trust Bank Business Awards (BEFTAs).

Taking place on the 22nd November at the Belfast Waterfront, this highly prestigious awards ceremony is now in its 12th year. Northern Ireland’s business community is thriving and these awards are designed to recognise individuals and companies who have really shone over the course of the year.

This isn’t the first time Paul or the company have been up for a highly coveted award. Back in 2013, catalyst2 won the Federation of Small Business Award for the Northern Ireland region and Paul was nominated for the national finals of Young Entrepreneur of the Year. Paul’s work with the company has been a key part of our success, and we’re thrilled that his hard work and dedication to catalyst2 are now being recognised by such a well-established awards body.

The judging panel will be meeting over the coming days to decide on the winners in each of the 18 categories, ahead of the awards ceremony itself. If last year’s ceremony is anything to go by, this will be a glittering black tie affair for business owners right across the region, and a chance to celebrate the success of the business community.

We’re sure you’ll join us in wishing Paul the very best of luck on the night, but regardless of the outcome, we’re incredibly proud to see him shortlisted and greatly value the work he has been doing with catalyst2.