Past, present and future: what next for virtual currency? 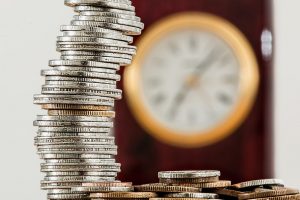 The chances are you may not have heard of instant messaging service provider Tencent, but if it weren’t for CQ coins then virtual currency wouldn’t be the big business it is today. CQ coins were intended to pay for Tencent services but rapidly became an alternative currency, traded on the black market and of enough concern to the director of the General Office of the People’s Bank of China that, by 2009, paying for goods and services with virtual currency was banned in that country.

The big bang for virtual currencies was Second Life, the hugely popular online virtual world where members traded in Linden Dollars. By 2006 real world companies like Reebok and Ford had established presences on the platform and speculation in Linden Dollars was rife. When virtual investment bank Ginko Financial collapsed, owing Second Lifers nearly a quarter of a million dollars, Linden Labs were quick to ban all Second Life banks and objects related to real life banking.

Collecting virtual assets or ‘gold farming’ wasn’t new – Chinese work camp detainees and low paid workers were being forced to play computer games for long hours to collect virtual objects for real world resale in the mid 00s. So the rise of Bitcoin, the virtual currency introduced by a programmer or programmers identifying as Satoshi Nakamoto in January 2009, wasn’t without precedent.

Described by the Economist in 2014 as “hard to earn, limited in supply and easy to verify”, Bitcoin has attracted the attention of online merchants and cybercriminals alike as a simple and straightforward way to make peer to peer payments with low transaction costs (typically under 2%). By 2012, at least three companies worldwide were employing economists to handle their virtual currency business. Now in 2016, after a year of delays, Bitcoin may finally be about to go public.

The future may lie not with Bitcoin, but with a virtual cuddly critter named Pikachu. The release of Pokemon Go in 2016 quickly became a global sensation, credited with getting teenagers outdoors and hunting the elusive virtual creatures. More importantly, consumers are grabbing Pokecoins – the in-game virtual currency – to spawn and trap Pokemon. Bitcoin is unlikely to replace sterling or the dollar any time soon, but as a private currency it has huge advantages. Allied to a killer app, virtual currencies have the capacity to simplify and attract new users.