Could online voting be on its way to the UK? 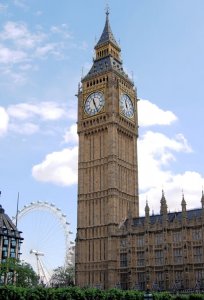 oting is a ritual that has remained unchanged for decades. Despite the on-going digitalisation of our lives, it is one of the few systems that has escaped untouched, and every move to modernise it has thus far been met by powerful resistance.

A concerned public have cited fears over security and fraud, stubbornly clinging to this last bastion of old-school politics. Politicians and civil servants may share their every move on Twitter, and we might lap up these intimate insights with glee, but this is one area that UK citizens apparently want to stay the same.

Unfortunately for them, campaigners say that “digital democracy” is on the way regardless. Come 2020, they predict that we’ll all be using it, so whether you’re in favour or not, it’s helpful to understand what this might mean for you. Let’s take a look at the pros and cons…

The arguments in favour

There are three main arguments cited in favour of online voting:

1. It could help to boost turnout, especially amongst the digitally savvy younger generations.
2. It would make voting more accessible for those who struggle to get out and about, whether this is because of their age, physical disabilities, or location.
3. It would enable results to be collected in a quicker and more efficient manner.

The arguments against it

Of course, its adversaries also have their reasons for being opposed to it. These include:

1. Security and privacy concerns related to online voting. Although many experts claim they have the tools to make such a system secure, others suggest that no information that’s hosted online is ever entirely safe, and if a breach were to occur, it could jeopardise the whole election result.
2. Voting from a home environment could mean that voters were unable to make their decision in private and free from intimidation as no one would be there to police the process.
3. We cannot be certain that online voting would increase turnout, which could thus mean that this argument in favour is, in fact, null and void.

How has it worked elsewhere?

Were Britain to adopt online voting, they would not be the first country to do so. Such systems have been implemented with mixed success elsewhere. In the Netherlands, e-voting was extensively used from the late nineties onwards, although it was banned in 2007 due to security concerns. It is also in place in Brazil, Bulgaria, and the Philippines, although the leading light in online voting technology is Estonia, which allows citizens to cast their ballot from anywhere in the world. Despite this, two-thirds of Estonians still visited polling stations during the country’s last election.

Will it be introduced in the UK?

It now appears that the UK could be one of the next countries to join this list, thanks to a campaign spearheaded by Labour MP Graham Allen and peer Lord Malloch Brown. With both intent on introducing online voting by 2020, the next election could look very different to those that have gone before. In the words of Mr. Allen: “People realise our democracy is broken and we have to find radical ways to fix it.” Whether online voting could be the solution we’re searching for remains to be seen.