NVMe – the next generation in data storage and handling 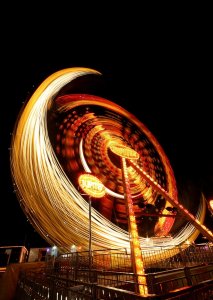 NVMe stands for Non Volatile Memory Express. It is also known as Non-Volatile Memory Host Controller Interface Specification (NVMHCIS). This term may currently seem a little obscure, but it won’t remain so for long as it represents the next generation in memory-based storage technology.

This host controller interface and protocol was developed to unlock and harness the potential of Solid State Drives (SSDs). Though it has been around for almost a decade, is only now being used on a wider scale and commercially.

NVMe eclipses the usual functioning of regular SSDs. Until recently SSDs simply served in the same way as Hard Drive Disks (HDDs) do as long-term data and file storage. SSDs, unlike the old mechanical hard drives, have no moving parts, but rather utilise an electrical grid to move data. The flash memory of SSDs typically provides much faster data transfer which has been desirable in both home and business computing for a number of years.

Operating across the PCIe bus, NVMe enables SSDs to utilise their native behaviour as rapid memory rather than the hard disk drives they imitate in a typical computer. Previously the SSD was interfacing with older technologies such as Serial ATA (SATA) which greatly limited their potential functionality. The results of this new protocol is a remarkable increase in the speed of data transfer which opens new horizons for data storage, transfer, recall and transformation.

What are the benefits of NVMe?

Latency, the amount of time that data takes to move from one point to another, is reduced.

There is a greater number of input/output (I/O) operations per second.

NVMe enjoys faster read/write speeds than existing SATA technology and the ability to read and write data at different parts of the SSD simultaneously. Parallel computing is greatly enhanced.

NVMe has a massive increase in command queuing capability with the capacity to handle tens of thousands of commands simultaneously.

Businesses, institutions and organisations are constantly looking for new ways of storing and handling ever-increasing amounts of data. NVMe is emerging as a ‘fast, simple and scalable technology’ which provides a novel solution. For those hosting websites and databases this data storage protocol provides an opportunity for increasing efficiency in how data is managed and the performance of software or a server. Early adopters are enjoying the benefits with increased demand in cloud and client market places each year. It is particularly desirable in sectors such as e-commerce where services are accessed by large numbers of users simultaneously as it offers fast response times.

What are the disadvantages?

Some disadvantages exist with NVMe. Currently, the main limitation of uptake and implementation is cost but beyond that, a major limiting factor is the SSD on which the protocol runs. SSDs are known to become slower with time. This is because of how they write data. Typically, an SSD can only write to empty pages within its block-based system and does not overwrite data. As more and more data is written in the block-based system its capacity is slowly used up which results in a gradual slowing of the SSD. It is important to consider that flash memory is finite, but NVMe protocol based systems still enjoy good longevity.

Another key consideration will be security: true deletion of data from an SSD also requires secure and deliberate action as data can be retained in multiple sites of an SSD.

Those needing rapid access of content-rich or large volume data management are also switching on to NVMe. Content creators, AI developers, networking specialists and media creators are working with NVMe. The costs and accessibility of this technology are slowly decreasing making it more widely available for use in a variety of projects.

No problem, please feel free to contact us today and we can talk you through the options.