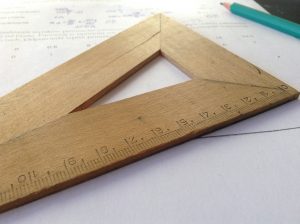 Databases involve the collection and organisation of related data, stored or hosted in such a way that authorised users can interact freely with the data: information in a database can be deleted, updated or replaced. This post will outline the differences between NoSQL databases, which we can provide on our managed dedicated servers, and other normal relational databases.

NoSQL, short for non SQL, is a form of database different from relational databases, in that it makes data storage and retrieval possible in ways other than the tabular format accessible in relational databases. NoSQL databases are preferred to RDBMS databases because of individual capabilities as elaborated below. The NoSQL database became popular when certain needs emerged in the database industry, such as nature of data, data analytics, storage and ease of retrieving data.

NoSQL is capable of handling large data, unlike the RDBMS, which has difficulties in managing data in the petabytes and terabytes. NoSQL is efficient in recoverability, updating or even handling of big data access by many users, which is hectic to handle for RDBMS databases.

In cases where the data is not relational, NoSQL is the best available alternative. However, NoSQL cannot entirely supplant SQL, since it has strong analytic capabilities too. SQL has an excellent mathematical basis, popular to users, and robust declarative syntax. NoSQL is just an alternative worth considering.

NoSQL is currently mostly considered since the platform effectively supports semi-structured and volatile data, unlike its counterpart the RDBMS. It also uses no schema, hence using the non-tabular form of storing and retrieving data. NoSQL is undoubtedly well applicable for big data.

NoSQL is again financially friendly in that hardware required to store data is cheaper, compared to those of the RDBMS, which requires high capital for its hardware. NoSQL databases support fast cycles of software development and have in-memory caching for faster queries performance. Read/write is also swift and efficient.