Initial Coin Offerings – what are they? 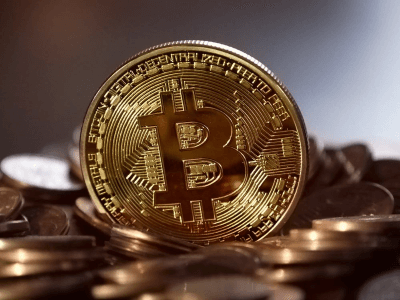 If you’ve heard the term ‘Initial Coin Offerings’ (ICOs) bandied about, you may be wondering what they are. ICOs first appeared in 2013. Since then their number has grown exponentially to in excess of 200, and over $2bn has been invested in them. Examples of ICOs include:

• Filecoin: a marketplace for digital storage services
• Indorse: a pro social network where the data is owned by its members
• Lust: a service enabling people to find their ideal sexual partner anonymously

So how do ICOs work, and what has made them so successful?

The term ICO is not to be confused with IPOs, Initial Public Offerings. IPO is the term used to describe start-up businesses that are listed on a stock exchange. Speculators who invest in the shares of IPOs receive ownership rights in the company. In contrast, those who put money into ICOs receive cryptocurrency by way of tokens issued on a blockchain and have no rights of ownership over the venture. A blockchain is an indelible distributed ledger, similar to that which underpins Bitcoin. The tokens issued to investors are designed to act as the currency for the project they finance. In the case of Filechain, for example, the tokens are used to pay for storage space.

The tokens can also be traded by investors and speculators, hoping that successful projects will result in a rise in the value of the tokens they have ‘bought’. On the face of it, this appears to be a very lucrative move, as Filecoin raised $252m in a little over 30 minutes earlier this month. ICOs have ‘lifespans’ during which the tokens awarded to investors cannot be traded. In the case of Filecoin, the ICO runs until 7 September 2017. Its price has already more than quadrupled, being determined by the level of demand. Consequently, the more popular the project, the higher its value is likely to be.

Another major difference between IPOs and ICOs is that ICOs are currently unregulated. Issuers simply publish a white paper, rather than an audited prospectus. Regulators are unimpressed. In July, the US Securities and Exchange Commission insisted that the tokens issued by one of the first ICOs (DAO), constituted securities, a clear indicator that future ICOs could be subject to securities regulations. One of the original cryptocurrency gurus, Vitalik Buterin, the inventor of Ethereum blockchain technology, recognises that the bubble will burst at some point in the not too distant future.

However, like every new technology that is viewed with suspicion by the establishment, ICOs might not necessarily turn out to be such a bad thing after all. As seen in the wake of the dotcom phenomenon, ICOs could spawn promising new technologies and entrepreneurial ventures cut from the same cloth as the likes of Facebook and Google. ICOs could lead to the emergence of decentralised corporate entities that could one day loosen the stranglehold of the tech giants.

Venture capital firm, Union Square Ventures, commented on the huge centralised databases that exist, which are used to record user data, including purchase histories (Amazon), contacts and friend networks (Facebook), and web content or search queries (Google). ICOs should be viewed as a possible means of funding and creating viable alternatives. Filecoin is a case in point. Subscribers use the token currency to pay for file storage, but they can also earn revenue by making a contribution to the storage network themselves.

Although ICOs may be viewed by some as a temporary ‘flash in the pan’, they may well prove to be the catalyst for more exciting innovation in the near future.