The inevitable rise of technology in sport 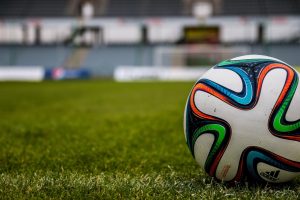 From Hawk-Eye at Wimbledon to BallTracker at the cricket, from goal line technology to footballers and athletes packing GPS trackers, the rise of technology in sport is something that only continues to rise and dominate the headlines. While much of it is focused on accuracy, improving the TV spectacle, or the media’s insatiable need for statistics, it also helps the general viewer understand a sport better.

Goal line technology came too late for the the 2012 Olympic football tournament, but is now installed in leading leagues around the world. Different versions exist including Sony’s Hawk-Eye and Goalminder, which use high-speed cameras and triangulation to show whether the ball has or has not crossed the line. What it can’t help with is decisions in rugby matches or American Football games where the ball may be obscured by a scrum of players. Hopefully future location-technology will accurately be able to prove if an obscured ball did cross the line.

Innovations of recent years in digital cameras mean they can now fit anywhere, sending HD footage from race cars, sports helmets and umpire-cams to the viewer. This helps put people closer to the game than sideline cameras, and even enables on-field interviews for the second opinion from the field of play.

Players are also tracked by GPS and other sensors to see how far they run, how efficient their performance is and other metrics. These technologies also filter down to the enthusiast amateurs or would-be sports people. Now anyone can pack a heart-rate sensor and GPS in their phone to track their route and exercise levels.

Technology has also come to dominate sports drinks and nutrition, which have moved way beyond the banana and Isotonic beverages of old. Specific protein shakes and other foods can help athletes prepare for different types of event and to restock on essential nutrients afterwards. In materials science, everything is carbon-fiber these days, making golf clubs and racquets that allow anyone to launch a ball further than previous generations of leading sportsmen could imagine.

All of these science and technology advances are usually greeted with fear and distrust, but soon become part of the sporting landscape. Most team sports, notably American ones, now rely more on metrics and analytics, leaving only brief moments for athletes to show off individual skills. Formula One seems less like a sport and more like a degree course every year as technology takes over! However, this can only be a positive thing, allowing for not only engaging viewing, but ever-the-more accurate results, and a closeness to sporting events that viewers were never able to experience previously.