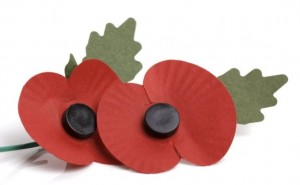 Once again this year, catalyst2 are proud to be hosting the Royal British Legion website. The Royal British Legion was founded in 1921, and it has tirelessly provided support to its members and to British Armed Forces veterans and their families for nearly a century. The charity is perhaps best recognised because of its trademark poppy appeal, which produces around 11 million poppies each year in order to raise funds and drive awareness.

The poppy carries no price tag, of course, and its sales are based entirely on donations. As a testament to this truly humanitarian charity, the poppies are hand-made all year round in order to meet demand. Its London poppy factory, located on the site of a former brewery, employs around 30 disabled veterans and disabled dependents of ex-Service personnel.

The purpose of the poppy is to help celebrate Armistice Day, which falls on the 11th day of the 11th month. The event commemorates the anniversary of the formal agreement of the warring parties – the Allies and Germany – to lay down arms and end the war. Armistice Day has been celebrated since 1919, when King George V said that the world should rest in perfect stillness to remember “the glorious dead”. The event is celebrated not just in the UK, but across the Commonwealth and the other Allied countries.

Remembrance Sunday always falls on the second Sunday of November. Ceremonies are held at war memorials up and down the United Kingdom, and by a national service held at the Cenotaph on Whitehall, London. Unlike the Pomp and Circumstance that characterise so many traditional British events, Remembrance Sunday is a soberer occasion, and nowhere is the solemnity of the event more pronounced than in the emotional two-minute silence that falls across the country on the 11th hour. This silence is observed as a mark of respect to those who lost their lives in World War I, World War II, and in every armed conflict that has arisen since 1945.

The sombre Remembrance Sunday commemoration is punctuated by the Royal Marines, whose buglers play “The Last Post” at the beginning of the ceremony, and conclude with “The Rouse” at the end. Anyone who has attended the Remembrance Sunday ceremony will attest to its incredible power and beauty.

Like Armistice Day, the Remembrance Sunday events are organised by the Royal British Legion, a charity that upholds the memory of our fallen soldiers with a quiet dignity and unfaltering respect. The charity works behind the scenes throughout the year to support injured Service personnel and their families. It also helps Service leavers and members of the ex-Service community to readjust to civilian life. Their message is as much about what lies before us as what lies in the past.

As it prepares to mark this year’s centenary, the Royal British Legion is urging people to wear a poppy not just for the memory of the fallen, but for the future of the living. They offer lesson plans for schools as a way to help children pay tribute to the contribution our fallen soldiers made during the war and to the way in which they helped shape the world after the war ended. More than 1.1 million Service men and women gave their lives in World War I, and the Royal British Legion is committed to remembering each and every one of them.

This year is the 100th anniversary of the end of the World War I and, uniquely, Armistice Day and Remembrance Sunday fall on the same day. There is therefore no better time to show your support for this wonderful charity. We are proud to work alongside the Royal British Legion, ensuring their web technology is secure, robust and responsive.