The future of roaming fees and using your mobile abroad 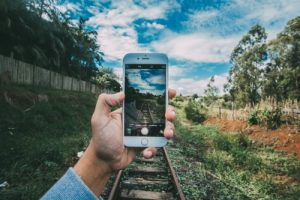 It is safe to say that mobile phones have become an integral part of our day to day life and the thought of travelling anywhere without the ability to keep up to date with friends and relatives back home and also see what is going on in the news seems absolutely ludicrous. As such it will come as no surprise that a future with little or no global roaming charges isn’t too crazy a concept. In fact, there are significant plans underway as we speak that look to scrap these charges across Europe and beyond. These changes are coming in part from individual provider initiatives, and in part from growing governmental regulations.

Changes within the EU

It has recently been announced, that from June 2017, data providers will need to offer free data roaming to all of their customers in the 28 member states of the EU. The move comes after the EU Parliament has decided to fully abolish roaming charges, and the date they have set for this to take effect is the 15th June. Of course, this will mean that the providers themselves will need to bear the brunt of this change as providing this as standard to all customers will cost them money. It will also mean they are losing out on ongoing revenue from those travelling within the UK and deciding to call home or use their 4G.

Naturally, some providers are demonstrating initiative and trying to get ahead of the curve. Vodafone, for example, announced on the 12th April that they will offer roam-free charges to their customers in 40 countries, which obviously includes several countries further afield than the EU. Beyond that, they charge a flat fee of £5 in other countries. Competitor, Three, already offers free roaming to customers in 42 countries, but only to those on more advanced plans.

Having free roaming will be seen as a fantastic move for UK visitors abroad, however, it’s still unsure as to whether customers will see huge benefits. With the need to pay greater fees, it is likely many providers will increase the costs of tariffs across the board in order to recoup potential losses. If so, then it’s hard to see if this change will be a financial benefit in the long run.

In a truly globalised society, people will expect free and constant access to data. A standard £5 a day charge by Vodafone or £4.99 a day by EE isn’t altogether ludicrous, but is a price that mounts up over a period of weeks abroad and something that many UK customers are unwilling to pay. It is easy to believe that in the future it will be free, and a recent announcement at a GMSA world congress meeting in March 2017 makes this future easier to see. There, Sunil Bharti Mittal, the chairman of Bharti Enterprise, which owns the world’s third-largest telecoms provider Airtel, said that hopefully it will soon be free for all of their customers to use global roaming within the 18 countries in which they operate. He believes that the telecoms providers are not regarded very well and that they are only ever thought about when issues arise. He released findings that saw 55% of customers in developed countries are unwilling to turn on data while abroad due to fears of high bills when they arrive home, and so this needs to stop.

In the UK, all we can do is sit tight and watch keenly as developments made by this company in India will hopefully filter around the globe. There are as yet no promises or set dates for when roaming will become free, but recent developments within the EU market hopefully foretell good things.