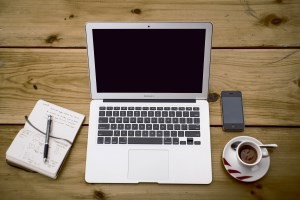 he growing speed of business

Speed has become a key factor in product development, and the time taken between concept and design to deployment and customer interaction has plummeted, with many products now requiring a development-to-deployment cycle measured in minutes, even seconds, rather than the weeks and months which were acceptable only a few years ago. Current working practices mean struggling to keep up with this tide, and it is easy to be overtaken by competitors who may simply have greater resources.

DevOps provides the answer and is now being adopted at Catalyst2.

At its core, DevOps is the integration between the development and operation teams, thus its name, but what does this actually mean? DevOps isn’t a new application, or a piece of technology that can be bolted onto existing infrastructure – it’s a change in the way we do business. By bringing the team responsible for the creation of new ideas (and the updating of old) together with those who work daily on supporting and deploying both that software and the infrastructure it runs on, DevOps ensures that the time taken between new code being completed and actually integrated into the production environment is considerably faster than older methodologies.

How does it work?

The first steps are to do with communication. Development and operations teams have always both worked towards the same goal – that of customer satisfaction, but it has been easy to see how a lack of communication can mean that they are not always working ‘on the same page’. By breaking down barriers between the two different sides of the business, both departments can do their work better and faster.

It doesn’t stop there, however – moving to a DevOps environment means automating many of the tasks that were previously done by hand – something which has become simply untenable as companies move from a few servers to tens, hundreds or even thousands of machines. Infrastructure can now increase and be deployed with ease without a massive strain on system administration. DevOps brings new tools, new ideas and new skills for all involved.

With DevOps orientated hosting at Catalyst2, we can deliver the latest in technologies and the shortest turn around between design and deployment. No longer will it take months for a product to go live, and suffer from the pitfalls of being released into a production environment with subtle difference to the test suite. DevOps means better workflow, less downtime and a better customer experience for all.