What is “Continuous Integration” and why is it used? 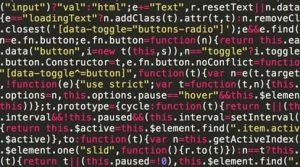 Continuous integration or (CI) as it’s often referred to, is a process used to increase the quality of a code, without adding too much extra pressure to the developers responsible for it. Regularly carrying out continuous integration will provide rapid feedback on any issues that have occurred within the code before they get too large, so that the problem can be identified and fixed as quickly as possible. It’s carried out by developers integrating code, several times a day into a shared repository. CI allows teams to detect problems early on, by verifying each check in an automated build, which then sends a report back to the person automatically. CI is an important part of any developer’s role, below we’ve listed out why it is used so often.

One of the benefits of running continuous integration is that it checks your whole system for test coverage. This means if you produce something new, without testing it, your coverage percentage will decrease because of the changes you’ve made. Whilst this can feel a little daunting at first, it will get you into useful best practice habits of always ensuring you test before committing something new.

Continuous integration allows you to run tests on both your machine and someone else’s without failing, we all know how frustrating it can be for a test to have worked on your machine, but then embarrassingly fail when tried on someone else’s. Your CI server will run all of the tests you need, which will allow you to push your code to your new branch. It’s a great way to truly test that nothing has been broken, because if the tests still don’t work for someone else, you’ll have proof that something has gone wrong.

If you’ve ever been in a situation where you need to deploy some code, but you don’t handle that section, you’ll know how frustrating it is. First check that your coverage is positive and all your tests are green and then leave CI to do the rest. CI removes the arduous task of watching your computer, waiting for the completion of the build, only for it to fail right at the last minute. Continuous integration servers can release build processes that allow for compilations to happen in no time, meaning that if there are any issues, you’ll be notified quickly and not at the end of the entire build.

If you want to be able to improve efficiencies in the way you work and finish the build even quicker, you’ll need to break up your build and test processes on separate machines. You can achieve this with parallel build support, a process which will allow everything to finish quicker, than if it had been locally run. It also frees you up to work on other tasks as you’re using less local power and less resources, meaning the whole process will become more efficient.

At catalyst2, we have been providing support to thousands of clients for almost 20 years, helping with all their web hosting needs and requirements. We provide an expert, collaborate service which has helped us to become one of the UK’s most trusted suppliers. For more information about continuous integration and about how to implement it in your business, contact catalyst2 today.