Can AI be used effectively to predict the outcomes of legal trials? 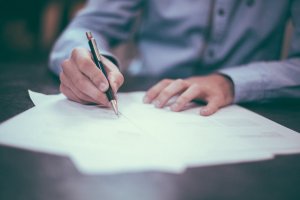 With the increased use of AI in a range of traditional fields such as law, journalism and accountancy, the question of whether technology can be applied in these different areas more effectively than humans is becoming widely debated.

Researchers from the University College London, University of Sheffield and University of Pennsylvania have found that an artificial intelligence device has correctly predicted 79% of verdicts in human rights cases in the European Court of Human Rights. While researchers say that this doesn’t spell the end of lawyers, critics have come down on the lack of equality this could produce, and that it would be difficult for an AI to grasp the intricacies of different legal cases.

In order to predict cases, researchers programmed the AI with an algorithm which could identify patterns in a text and then label cases as ‘violation’ or ‘non-violation’ based on past results. To test their theory, the team found three data sets for 584 cases (an equal number of violation and non violation cases) that were connected to three particular articles on the convention of human rights. These addressed fundamental rights and had a large amount of published research on them. The articles used were:

The AI device learnt the case and categorised based on similar cases. The discrepancies came when there were two cases that were similar with different results, suggesting that the AI was unable to pick up the specific and subtle nature of the law.

One member of the research team, Dr Nikolaos Aletras, who led the study from UCL, said that “there is a lot of hype about AI but we don’t see it replacing judges or lawyers any time soon. What we do think is they’d find it useful for rapidly identifying patterns in cases that lead to certain outcomes”. He added that “there is no reason why it cannot be extended to understand testimonies from witnesses or lawyers’ notes”.

One Tessella analyst was in favour of the project, but said that “AI is some way off being used as a tool to advise legal decisions,” because although it can make an educated guess, without wider context and a greater knowledge of the legal system, the guess could be “widely off the mark, and in a legal situation that may be dangerous for the case”.

The next stage of research is to test using more data. Although more and more law firms are trialing using AI to organise and sort through the mass of legal data, only time will tell if this method could ever be widely applied in real-life, court room cases.