Blockchain – what is it and why is so important? 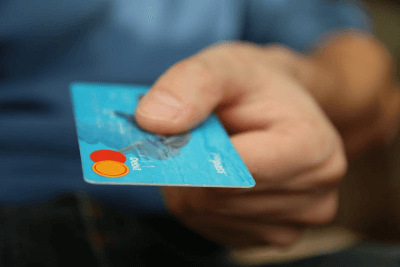 Blockchain is something that is starting to garner greater public interest as its applications are becoming more widely recognised and, in many cases, being used today. Many believe it will cause a revolution in the way we carry out all manner of day-to-day tasks and that, in the near future, we will struggle to remember how we functioned without it. So, to help you catch up on the evolution of blockchains so far here is an update on what they are and why they are so important.

Simply speaking, what is it?

Blockchain is a method used to record data. This includes things like agreements, contracts, and financial transactions, and institutions are falling in love with it as it is considered far more transparent and cheaper than traditional methods. It’s safe because, rather than being stored in one location, data is instead moved between hundreds or thousands of computers at any one time. It is transparent because everyone within the blockchain network is kept up to date with complete records at any time.

In greater detail, how does blockchain work?

Once a number of digital records have been added to the system, they are stored in one block and then chained together using complex algorithms. The term given to this encryption process is “hashing”, and it takes place by a number of computers who have to all agree on the answer. Once that occurs, the block is given a unique digital signature, and all of the data is essentially locked in where no one can tamper with it. The ledger that is subsequently created can in no way be altered but only added to.

How safe is it?

Traditional hacking methods are pointless as, due to the blockchains being stored in multiple locations at any one time, hackers would need to gain access to every single version of the database before accessing it. If it were to be altered then a different digital signature would be created so you would be able to clearly see that it has been tampered with.

Currently, and since its inception, blockchain has been mostly employed for financial purposes as that is its most obvious and most beneficial use. By utilising blockchains in financial transactions, banks and individuals can have money sent and transferred almost immediately and at a lower cost as there are no middle men in the process. The easiest and most famous method of demonstrating the benefits of blockchains is through Bitcoin. On its own, Bitcoin serves as a topic for major discussion but simply speaking it is a method through which people can immediately transfer funds to someone else and be rest assured their money is safe.

Why is it so important?

In all common financial peer to peer transactions, there is some kind of central intermediary who oversees the transaction and receives a small fee for the service. Blockchain removes the need for the intermediary service. Similarly, banks are also excited because if there is one giant database that allows all banks to track the flow of their money, then they can do away with funds spent tracking and counting everything along the way. Governments and regulators would be similarly happy as they can more easily identify tax fraud, due to them having a clear copy of all transactions taking place.

Major global technology experts have started realising the benefits of blockchains and the potential they have for all walks of life. It has the capability to be as revolutionary to day-to-day life as the internet was. The applications of blockchains extend far beyond monitoring and allowing financial transactions and includes encrypting patient health records, allowing instantaneous voting from any location via any device as well as tracking the ownership of autonomous cars to avoid theft.